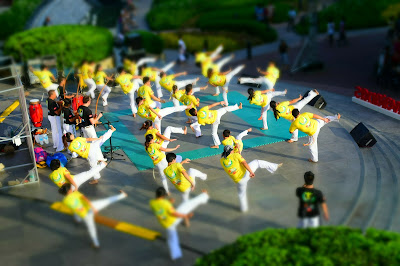 Capoeira is a martial art that comes from Brazil. It is a unique cultural art that blends dance, music, song, acrobatics and fight into a game that offers the world a tool and methodology to embrace the highest aspirations of the human spirit: liberation, joy, freedom, and wisdom.,


Capoeira is roughly 500 years old. It was developed in Brazil by African slaves. It is the only surviving Martial Art native to the New World. It's aesthetics are unique to itself, although draw on it's rich African heritage. Capoeira is more than just another martial art, as it is an art of expression, play and personal interaction developed in the oppressive atmosphere and environment of slavery, that has survived into the 21st century. In Portuguese, the language of Brazil, Capoeira is referred to as a jogo, or a game.

Capoeira is characterized by deceptive kicks, sweeps, trip-em-ups, head butts, elbows and knees. Two players enter a circle of onlookers and participants, known as a roda (pronounced “hodah”). At the head of the roda are musicians, fellow Capoeira players, who play instruments specific to the art. There is the berimbau, an primitive bowed instrument, played by a Mestre, or master of the art, whose tempo dictates to the players what game they will play in the roda. The berimbau is accompanied by the atabaque, a floor drum, and a pandeiro, a Brazilian tambourine. The Mestre also leads the onlookers and fellow players in songs that reflect the type of games being played within the roda. 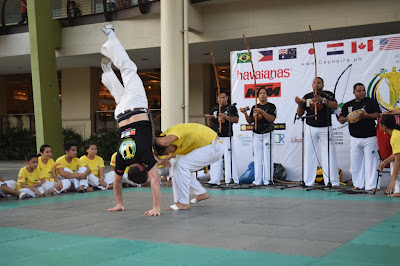 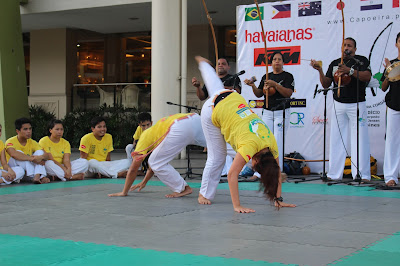 Fast tempos dictate games where the players throw fast, powerful kicks and blows at each other, along with movements reminiscent of the most acrobatic gymnastics. Slower tempos dictate more dance like interaction, and more deception between the two players. Lyrics to songs reflect the action. For example, if one player is obviously losing his cool, the Mestre might sing a traditional song about a bawling child who is crying. The lyrics serve to remind the upset player that he is losing his cool, and hence emotional balance, a key to good Capoeira play.

On it's deepest level, Capoeira transcends martial arts, music and ritual and is a philosophical framework for approaching and interacting with the others and the world at large. It is a deep and holistic art form that pushes the practitioner to the proverbial limits - physically, mentally, emotionally and spiritually.

(I would like to acknowledge the author of the above, however I'm sorry that I have lost the link, so please tell me who or where I found the above description!)

Associação de Capoeira Cordão de Contas is an international Capoeira grupo / organization with branches in more than 30 cities around the world. Our president, Mestre Décio, founded Cordão de Contas in 1980. Our headquarters is in Itaguaí, Rio de Janeiro, Brazil. Today our organization is located in a number of states of Brazil, and in a numerous cities in Australia, Belgium, Canada, Japan, Paraguay, Philippines and the USA. In Australia, Mestre Torpedo heads our grupo. 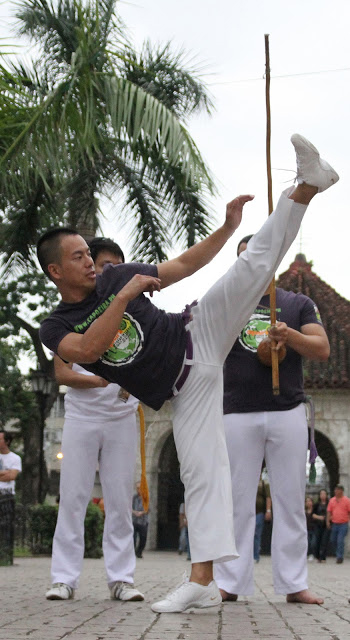 Professor Jensen has been training, teaching and performing Capoeira since 1996. He is a student of Mestre Torpedo, and a member of Associação de Capoeira Cordão de Contas, an international grupo/association of Capoeira with branches in Brazil, Australia, Japan and Philippines. In 2002, Professor Jensen was crowned the Asia Pacific Capoeira Champion by the Superliga Brasileira de Capoeira (Brazilian Capoeira Superleague). Between 2002 and 2006, under Mestre Cicatriz, Professor Jensen taught on the Northern Beaches, North Shore and Hills District of Sydney Australia, and together with Mestre Torpedo and Mestre Cicatriz, and the help of students, particularly Macaco and Andrew, Jensen established academies in Thailand and Indonesia which are still continuing to this day. He received his "Professor" rank from Mestre Cabeça and Mestre Torpedo on 1 June 2013.

Professor Jensen’s introduction to Capoeira was during his year as an exchange student in Brazil. In 1996 through the Rotary Youth Exchange program, Jensen spent 12 months in the state of Santa Catarina. An old man told him of a Brazilian martial art that the African slaves had invented that had music to it. That was enough to interest him and he began learning under Monitor Caroço, and some of Monitor Caroço's students (Sapo, Paulo Branco and Cabeludo), in the city of Jaragua do Sul, Santa Catarina.

Upon his return to Sydney, Jensen continued his training. He balanced Capoeira training with a University education: he completed an Accounting degree and a Law degree from University of Technology, Sydney at the end of 2001. He is a qualified Fitness Leader under the Fitness Institute of Australia.In April 2002, at the inaugural Asia Pacific Capoeira Championships, Instructor Jensen was crowned champion of the region. The Championships attracted participants from over a number of different academies around the region, and from as far away as Korea and Japan, and from all states of Australia. 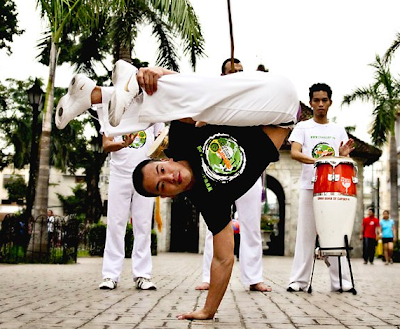 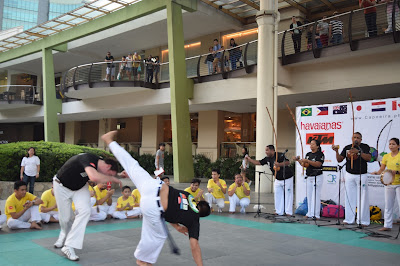 Professor Jensen previously trained and competed in other martial arts competitions in Sydney, Australia to increase the awareness of Capoeira in the wider Martial Arts community. At the 12th International Sport Karate AssociationWorld Cup held in Sydney, Australia on 19th October 2003, Jensen placed 3rd in Musical Forms competition. At the National All Styles tournament in Sydney on 4th August 2003, competing against Martial Arts practitioners, from Karate, Kung Fu, Tae Kwon Do and Kickboxing, Instructor Jensen and Graduado Guerreiro were awarded second place in Senior Demonstration Competition. Jensen also competed at the NSW State Amateur Boxing Championships held at Sydney Olympic Park, Homebush on 4 Oct 2003 being eliminated in the semi final, and was going to compete in his first mixed martial art event in October 2003 (Shooto), but his opponent pulled out on the night with an injury.Professor Jensen relocated to Cebu in February 2007 and is dedicated to teaching and spreading this wonderful art! In promoting the art in Philippines, Instructor Jensen and his team have appeared on all major TV stations, performed for many of the largest companies in the country and featured in "Pilipinas Got Talent" season 1. 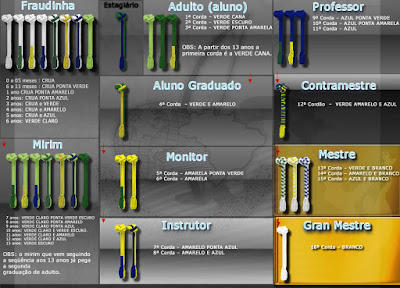